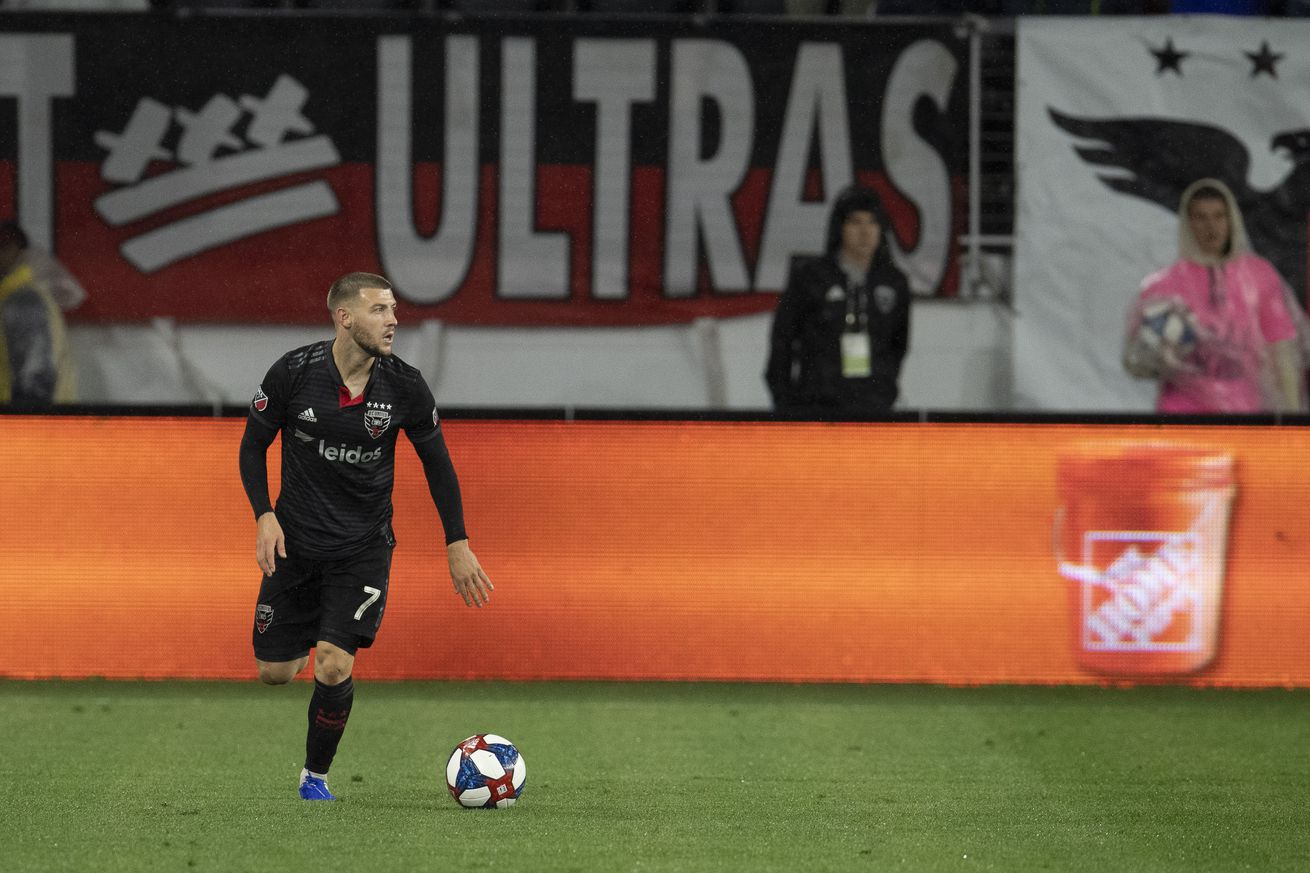 2019 ended up being a challenging year for just about everyone employed by or emotionally attached to D.C. United, and Paul Arriola was no exception. With the Black-and-Red, injuries, absences, and tactical requirements forced him to play a huge range of roles, limiting the number of minutes he had in his natural role attacking on the wing. International duty saw him jetting back and forth to play for two very different teams.

Despite all that, Arriola was arguably the team’s most reliable attacking player (at least, when he was able to play in an attacking position). His energy, quickness, and sheer willingness to be an option made him a force multiplier for the rest of the attack. When things worked going forward, Arriola was generally involved, and every player on the team seemed to have good chemistry with the USMNT winger precisely because he commits so fully to making the game easier for his teammates.

Still, we can’t talk about the attack without bringing up the fact that United was simply not good enough at creating or converting good looks. On more than one occasion, Arriola chastised himself for not finishing more chances. That said, goals weren’t really an issue. Arriola’s gross production in that category decreased by one goal compared to 2018, from 7 to 6, despite playing 250 more minutes. However, a larger chunk of Arriola’s time this year was spent playing as a right back, or as a wingback, or even one appearance at left back. All in all, he may have actually been more effective (or at least, more efficient) as a goal threat when given an attacking role in 2019.

Data from American Soccer Analysis backs up this idea: Arriola’s 2019 combined expected goals and expected assists ended up at 8.7 (up from 7.7 in 2018). Interestingly, the underlying data contrasts with his own evaluation of his performance. ASA’s data indicates that he slightly over-performed on his chances, scoring 6 goals against an expected goals total of 5.1.

That he managed to do that despite playing roughly nine positions in the various formations Ben Olsen used is a big plus. It’s probably fair to say that Arriola, placed within a more successful attacking unit, would have ended up posting better raw numbers (particularly in terms of assists). United played its best soccer when Arriola was deployed as a winger, but a seemingly never-ending series of injuries to fullbacks and a formation change meant to break United out of a late spring swoon often left Olsen with no choice but to move him into more defensive roles.

On the other hand, Arriola would be the first to tell you that matching or improving on his 7 goal/8 assist 2018 was a priority, circumstances be damned. That’s the responsibility that comes for a Designated Player, and to his credit that’s something he’s never shied away from. Arriola has always been up for speaking to the media, but as the year went on, it seemed like he became more of a voice both within the locker room and in public. As United’s most expensive signing and lone current USMNT regular, that’s not a surprise, but it was a bit telling that Arriola repeatedly willing to face the music after bad games. On a team that has lost two of its biggest personalities, Arriola’s emergence as a leader has real value.

Our reviews generally end with a simple question about whether United should retain the player in question. In a vacuum, the responses for Arriola are probably going to be overwhelmingly in favor of him sticking around. However, we’re not in a vacuum. In real life, Arriola is in the final year of his contract, and was previously rumored to be a player of interest for clubs in Europe and Mexico.

There are no signs that this interest has gotten to the point of becoming a full-blown transfer saga, but it’s impossible to ignore the possibility that this offseason probably requires Arriola and United to reach some kind of agreement over his future. After losing Luciano Acosta, Wayne Rooney, and Bill Hamid (who thankfully came back) on free transfers, D.C. can’t afford to let another valuable player leave as a free agent. Arriola, meanwhile, has in the past mentioned wanting to play at a higher level at some point.

None of this is to say he’s definitely, or even likely, to depart any time soon. Arriola seems to enjoy life in the District, and all signs point to him taking great pride in being a part of the Black-and-Red. However, the circumstances at the moment seem to dictate that United will have to either sort out a contract extension or a sale in the next few months.

So, with that in mind, it’s time for the big question: If you were running the show on Buzzard Point, would you retain Arriola?