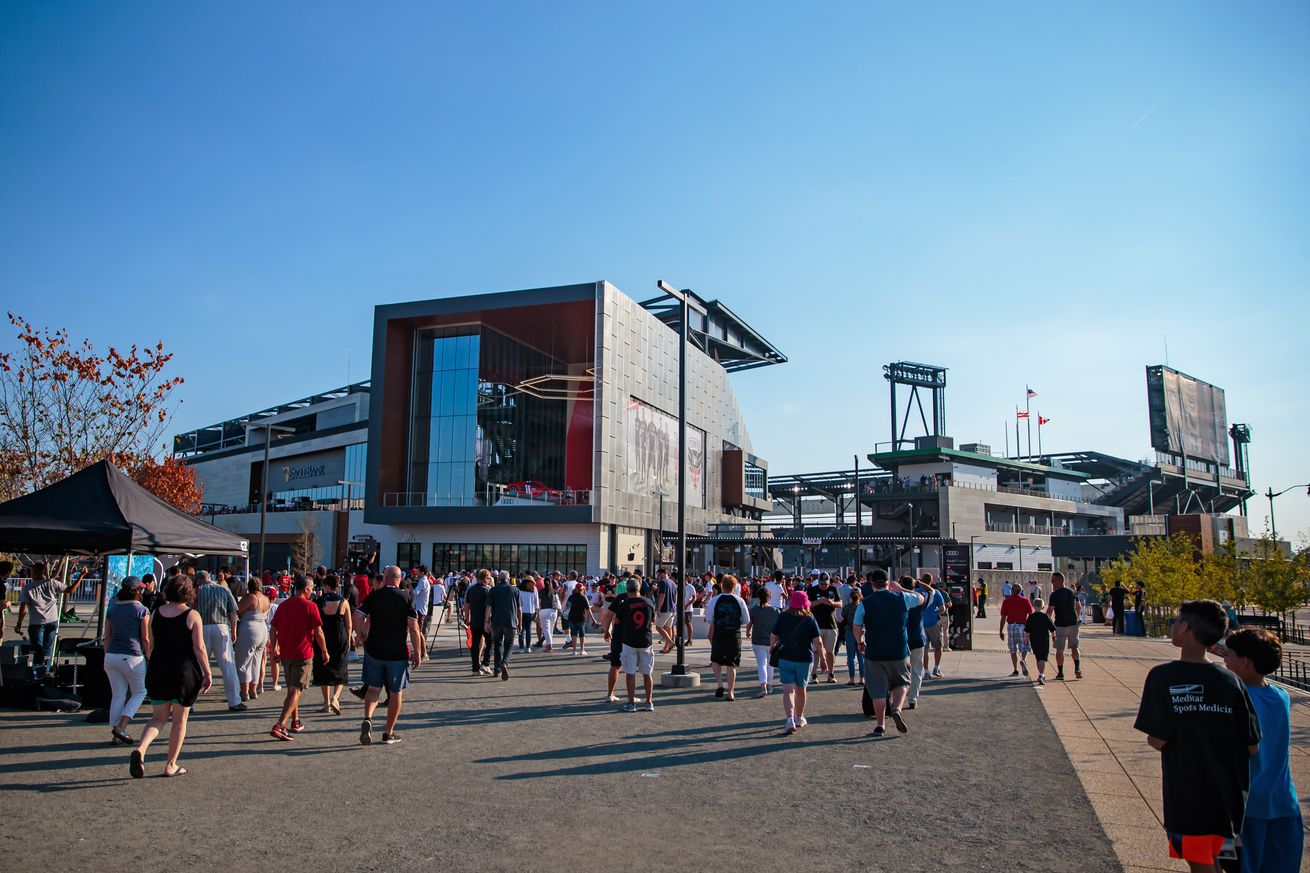 And a quirky way to end a Champions League match

Happy Wednesday everyone. It’s the day before Thanksgiving, so before you completely skip out on work for the holidays, check out what happened yesterday:

D.C. United is in talks with Caesars to open sportsbook at Audi Field – Washington Post

D.C. United could have the District’s first sportsbook, as Caesars is in talks with the team to open one at Audi Field before next season. Part of the deal would include Caesars becoming the sleeve sponsor on the jerseys.

Nothing too eventful in the MLS Re-Entry Draft, with Mikey Ambrose heading to Inter Miami CF, Eric Miller to Nashville SC, Richard Sanchez going to Sporting Kansas City, and Kendall McIntosh getting picked up by the New York Red Bulls.

Club Brugge had a stoppage time equalizer from Krepin Diatta, and he celebrated by taking off his shirt. Problem is, he forgot that he already had a yellow card. That shirt removal cost him a red card. His teammate, Clinton Mata, kicked the corner flag in celebration and broke it. He also got a red card as a result of already being booked, so Brugge had 2 players sent off in seconds for a goal that they scored. Unreal.

Rich club becomes richer as Manchester City sell 10% of the club in a deal that creates a $4.8 billion valuation.

Goalkeeper scores from inside his own box – BBC

Happy Thanksgiving everyone, and safe travels to your final destinations!